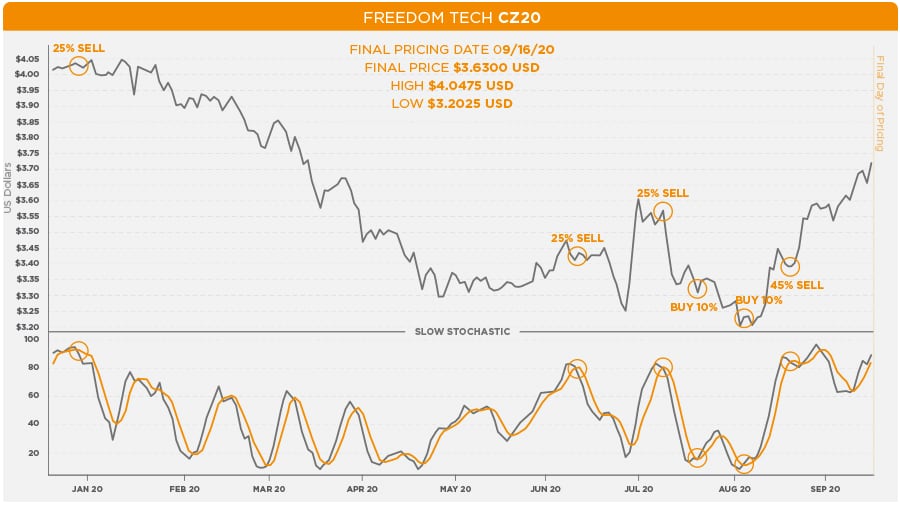 SELL SIGNAL
The stochastic (momentum) indicator reaches overbought territory and starts to turn over, reflecting weakness. When this happens, 25% of bushels are sold.

BUY SIGNAL
The stochastic indicator reaches oversold territory and starts to turn up, reflecting potential price strength. If the buy signal is reached and two sell signals were previously triggered, then 10% of bushels are purchased. However, the Freedom® Tech℠ program will never trigger more than two buy signals in a row. After a buy signal, the following sell signal will increase the number of bushels sold by the number of bushels bought.
(If the pricing mechanism does not price 100% of the bushels, the remainder of the unpriced bushels will be priced using the market settlement on the final day of pricing.)

PRICE BALANCE OPTION (PBO) allows you to price the balance of your contract at any point in the pricing window for only $0.04 USD** per bushel.
**Unless otherwise indicated.

All bushels are guaranteed to price. Basis may be attached at any time during the pricing period.
Standard HTA policies and fees may apply.