News
You are here: Home1 / News2 / Agronomy3 / Do you understand the different forms of micronutrients?

To begin, micronutrient fertilizers (the metal cations including zinc, copper, manganese and iron) can be classified into two different categories. The first is called organic and the second is called inorganic.

Chelates are considered to be organic molecules. The word “Chelate” is derived from a Greek word which when translated comes to mean “Claw.” What happens with chelates is that an organic molecule will cling on to the metal cation to form a ring like structure. Chelation is important because it makes the metal ions more available for uptake. Since Zn, Mn, Cu, and Fe are all cations they can react with Hydroxide (OH–) Ions which will make them unavailable and make your micronutrient fertilizer non effective. The “Claw” that is part of the chelates binds to the metal atom and protects it so that it can not link with OH– ions. This will allow the plant to be able to absorb the metal ion. One thing to note is that other positively charged ions such as Calcium or Magnesium can compete with the metal ion for binding. This metal ion can then be replaced, making the chelate ineffective in delivering the metal ion to the plant.

Advantages to Chelates are:

Disadvantages to Chelates are:

Oxides are considered to be inorganic. For oxides, micronutrients such as Cu, Zn, Fe, and Mn will be bonded with oxygen to form oxides. Since the bond is so strong with oxygen it will not be soluble in water. The form will have to be converted in the soil. Once it is converted then it will be plant available. They are typically sold as powders or they are in a granular form. They are typically not effective in this granular form. Oxides usually have a higher analysis of the micronutrient compared to chelates. Where the oxide form could be effective is when it is applied as a powder form broadcasted and then incorporated.

Are considered to be another inorganic source. These are a combination of oxides and sulfates. It stems from a micronutrient that has reacted with sulphuric acid. By having the oxide form be acidified by the sulfate form it will increase the water solubility of the micronutrient and make it more effective. They are usually sold in granular form.

Sulfates are also considered to be inorganic. Sulfates such as Zinc Sulfate (ZnSO4) and manganese sulfate (MnSO4) are 100% water soluble. They are the most commonly used form for field crops. The nice thing about sulfates is that they can be applied to the soil or directly onto the leaf and stem of the plants. They are sold in crystalline or granular form.

Remember there are some soil factors that can affect micronutrient availability and uptake. Some of these include: 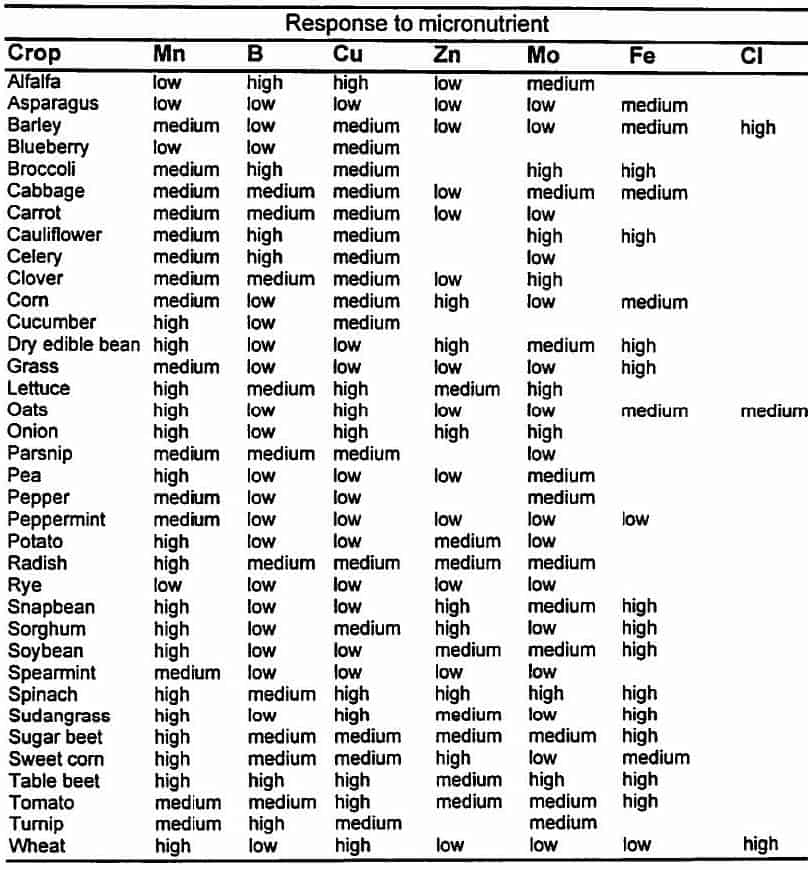 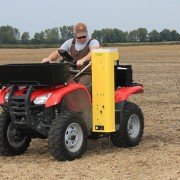 Micronutrients — more important than you think

Phosphorus – what is the tie-up?