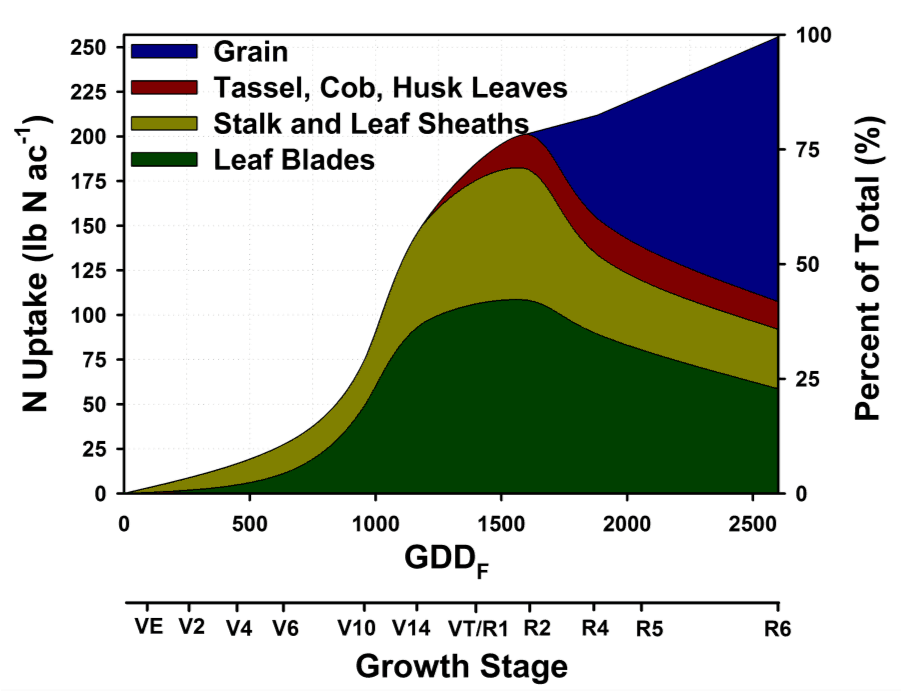 We often apply nitrogen early in the season before the crop actually utilizes it. For example, the demand for nitrogen in corn is at its peak at about the V10 growth stage (often around early to mid-July). Split-applying nitrogen has been a reasonably effective way to reduce the risk of nitrogen loss, however, with added application costs. END_OF_DOCUMENT_TOKEN_TO_BE_REPLACED 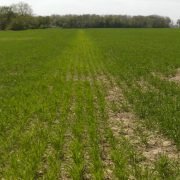 Cereals are very responsive to nitrogen. However, over-application of nitrogen or applying too early on a thick stand of wheat can cause lodging, resulting in reduced yield, quality, and harvestability. The optimum rate of nitrogen for a particular field will depend on the type of wheat grown, past applications of manure or fertilizer, soil type, and crop rotation. Use general recommendations as a starting point but combine them with observation of crop growth and lodging tendency. The idea is to ensure nitrogen is available early and consistently though the major uptake period (which is node development though booting). END_OF_DOCUMENT_TOKEN_TO_BE_REPLACED 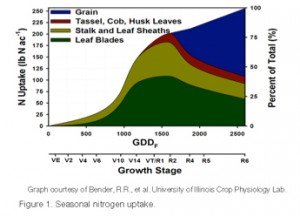 Weather extremes has also caused growers to change the way they apply nitrogen to mitigate loses from excessive rainfall when applying all their nitrogen ahead of planting. END_OF_DOCUMENT_TOKEN_TO_BE_REPLACED