With the snow beginning to melt and spring just around the corner, it’s time to begin thinking about seeding your clover cover crops on the frost for your winter grains. Clover is still one of the most beneficial cover crops to use when you have a winter grain crop. Thompsons Agronomy has put together some tips to help achieve good success when frost seeding clover.

Generally Red Clovers are used (single or double cut) because the seed is dense, which improves seed-soil contact, it germinates at low temperatures and has high seedling vigor, allowing it to start growing early in the spring. Double cut is ideal if you are looking for the maximum nitrogen credit or are wanting to graze/bale the crop for feed as it is more vigorous in the seeding year. Single cut clovers put more emphasis on root growth and are consider better at soil conditioning. Other options are alfalfa, sweet clover, or various mixes (45% single/double and 10% sweet clover).

The ideal time to frost seed is in the very early spring. As soon as the majority of the snow is melted you can seed. The key is to wait long enough so the snow melt won’t move the seed (if you have washouts or a lot of surface drainage) but not too long that the fields become wet and muddy. The ground should freeze and thaw 2 – 3 times after the seed is broadcast. It is common to use either a ATV (less compaction) or a tractor, both with a spinner spreader. Consider using half rates and overlapping passes to ensure an even spread pattern. 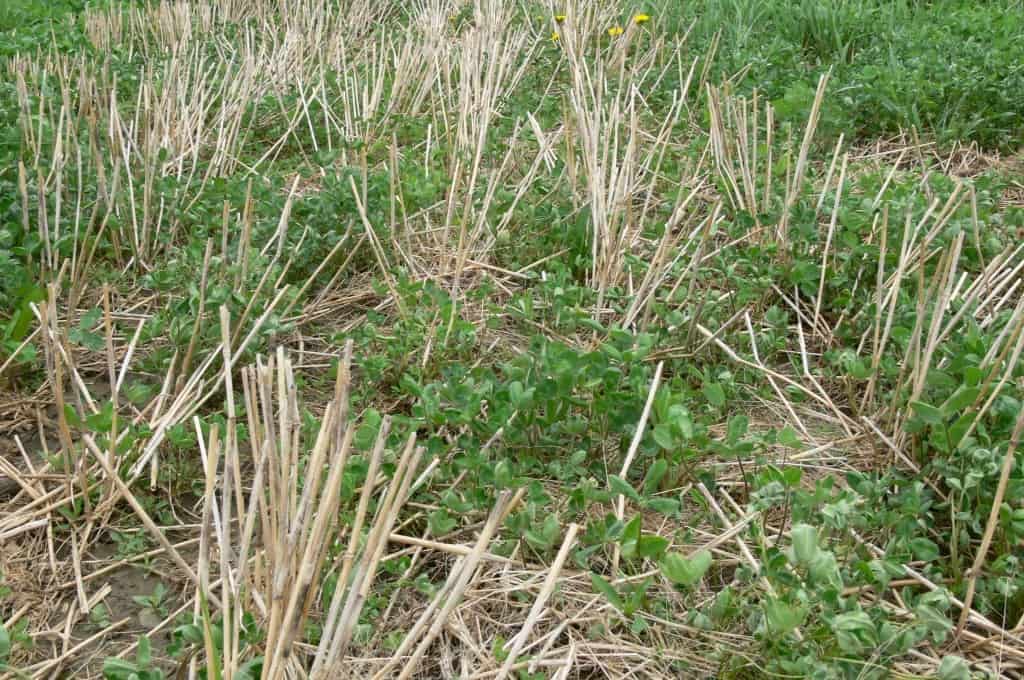