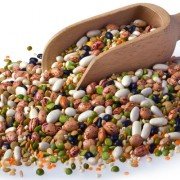 Even Arnold Schwarzenegger and James Cameron are campaigning in support of a Chinese government led initiative to reduce meat consumption by 50 per cent, under the tagline ‘Less Meat, Less Heat.’ END_OF_DOCUMENT_TOKEN_TO_BE_REPLACED